I found out I was pregnant with my baby 31 days after my 23rd birthday. A surprise turned into a very special blessing.

I was only a couple of days past my due date. On the morning of July 20 at roughly 3:30 am, I started to feel contractions. I had just been at to the midwives the day before and I was only dilated 1cm, and hardly effaced. At first, it really did feel like cramps, but when they did not go away, I knew that my labor was starting. I sat in bed for a while and begged for it to stop. I tried to get some sleep, but it did not work. I was up and down worrying until my mom awoke at 7:30, she called my midwife around 11, and I got in the bath to try to relax. We wanted to go in to be checked, but after the bath, the contractions slowed down and became irregular.

My sister arrived around three and my best friend Stacie showed up around eight. We talked and watched TV for a while. They helped me relax so much. We told stories and I laughed every time I had a contraction from eight until 11:30. It was around ten that my contractions became intense. From the start, I had contractions that came two and three at a time, but as time went on, they evened out mostly. By 11:30, my contractions came every five minutes and lasted at least a minute. We called the midwife (Marie) and planned to meet at the birthing center at 12:30 am. I remember watching the full moon and timing contractions on the ride to Gainesville. I had nine full contractions and they got stronger each time.

When we arrived at the center, I was checked and was 4-5 cm and about 50% effaced. Since I still had a while to go, Marie rested (she was the on call midwife and it was her second week on), and Stacie, Julia, my mother Donna, and I sat around talking and while I dealt with contractions. The time flew by for me, and at around 3 am Marie checked me, I was 7cm and 80% effaced. She asked if I wanted to have my waters broken to speed things up and I agreed. After that, I got in the tub and the contractions started coming very fast. I remember wanting to know how many more I had to go through at one point. I stayed in the water until 4:30. I got out to be checked which felt horrible. She told me the babies head was lodged on my pelvic bone I could kind of feel it. I knew pain was normal for this but for a little while it felt like my bones were being punched. I was so tired and had trouble being in any helpful positions during contractions to move her around.

She decided to transfer me to the hospital and maybe give me pitocin to get the baby down with stronger contractions. I was so afraid; I hated hospitals and did not want drugs, but I was breaking down. I kept thinking it was never going to end. On the way over my problem was solved and I had another one. It turned out that getting in and out of the car and hitting a couple speed bumps moved the baby and she started to drop down as I was in the emergency room lobby. I was so afraid; I did not realize what was happening and just thought something was wrong.When I got in the room they were putting in an IV and hooking up the monitor, I was in so much pain and I wanted to kill these women. They told me push when I felt the urge, but I was so afraid I that I would not do it. That made the contractions way worse. My midwife showed up within seconds of all of this. She checked me and told me I was ready to push and that she could feel the babies head very low. I argued that she was still stuck and then had a contraction that made me bear down hard. She told me that it might be a while still, because I like to know how long everything will take 🙂 She estimated atleast an hour, and of course that sounded awful.

The first couple of pushes were not as strong as they needed to be.I would push and she would come down and then go back up. My mom, sister, and best friend came in and helped me to relax and hold my legs. There were so many nurses in the room and it did not even dawn on me to tell them to leave. I do not know why they were there but oh well. I ended up only pushing for 20 minutes. Once I was relaxed, I could feel how to push. The ring of fire was hell but it only lasted for a second. The nurse told me to push past the pain and I remember growling. My midwife then began to stretched my perineum and used a warm compress as the baby crowned and I was able to stop pushing long enough. She went right on my tummy when she was born. I was the first to look and see that I had a little girl. I was so happy to be holding her. I still remembered what had happened as far as pain goes, but it was instantly worth it a thousand times over. My sister wrote down her stats as they yelled them out to me. 6lbs 12 oz., 17 3/4 inches long. She has my mouth and hands and my big feet. She is the most gorgeous baby and I love her very much!

PS.I was instantly better. I had no swelling or pain. I suprised the nurses by not even needing the peri bottle an hour after the birth. The only healing I needed was from the IV that was “required”. The nurse blew my vein and it took over a month to heal. Not to shabby otherwise. 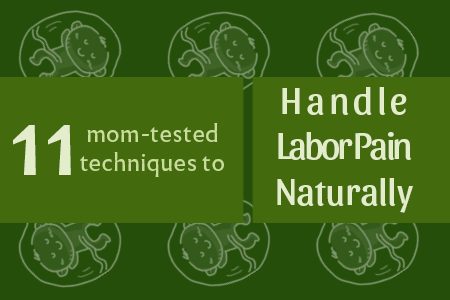